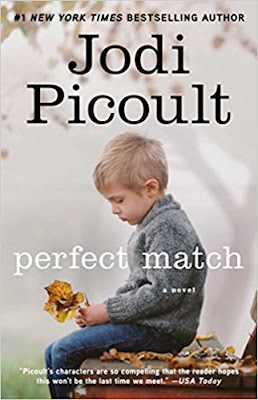 This is the story of lawyer, Nina Frost.  She and her husband has a five year old son named Nathaniel.  One day after church, Nathaniel stops talking.  His parents have no idea why, so they take him in for counseling.  After a few weeks, there is no success, so they start to teach him sign language.  The counselor - after Nathaniel has learned some basic signs - ask Nathaniel if someone hurt him.  He is able to sign whom has abused him, and this sets off a wirlwind of events.  Nina finds herself in a position that no mother should ever have to be in as she watches her family fall apart.  It will take all of their resolve to start to heal.

This book was....okay.  That is a lot of okayish books for me this month, and I am not happy about it.  I like many of Piccoult's books, but this one was a bit of a miss.  Positives - I had to keep reading it because I wanted to know where the story was going .  (Jodi is famous for some twist endings and crazy story lines).  But in the end, I was disappointed in the direction the story took.  Without giving away too much, all I can say is that there is a 1% chance that in real life, this story would end the way it ended in the book.  Just too unrealistic.

I don't NOT recommend it, because it had some reall great mystery parts that would keep the reading engaged.  It was just the overall ending that did it for me. 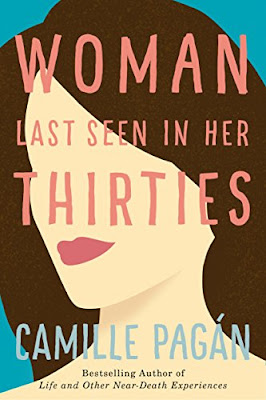 This is the story of 53 year old Maggie.  She is a wife and mother who has led a full and busy life.  After 28 years of marriage, her husband comes home one day and says he wants a divorce.  He has met a younger woman and he is moving out.  Maggies world is suddenly turned upside down.  She starts to rebuild her life by taking a trip to Rome.  This was a vacation she was supposed to do with her husband, so she decides not to cancel and take it by herself.  She meets a woman on the plane who she befriends.  This woman is spending 6 months abroad, and offers Maggie her home while she is away to Maggie and start her life over.  She starts to figure out how she is going to live alone when her husband approaches her with new information.  Then Maggie has a choice to make that throws her into trumoil.

This book was fine.  It was a fast and easy read.  It was predictable and Maggie wasn't that likable.  The ending was predicatable and disappointing.  I was hoping for a funny, light summer read, but all I got was light and boring.

Stars: 3
Posted by PletcherFamily at 2:10 AM No comments: 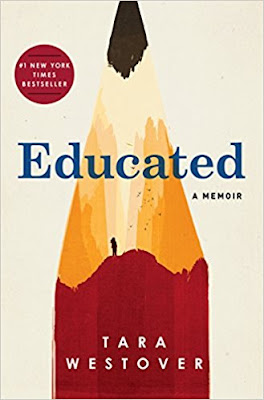 This is the true story of the author and her upbrininging in Idaho.  Her mom and dad "lived off the grid" and refused to put their kids in public school - or any school - because of the government involvement.  She and her brothers and sisters didn't even have a birth certificate until they were older.  Her mother was an untrained midwife who relied on herb concoctions to heal her patients and her children (they never went to a hospital unless it was forced on them), and her dad was a scrapper.

By the time Tara is 17, she is ready to get out on her own.  She is encouraged to try and take the ACT test (Even though she hasn't ever had formal schooling - not even home schooling) and she scores high.  She is accepted into BYU and it starts her journey to Cambridge, Harvard, and a Ph.D.  Now she recalls what it was like for her growing up as a mormon whose parents didn't want anything to do with the outside world, and how she felt torn between where she came from and where she ended up.

This book was okay.  It was a bit frustrating, but I kept having to remind myself that I was having a hard time putting myself in her shoes.  I would get angry every time she returned to her family and their "crazy notions" as I like to call them, and a brother who had threatened to kill her.  I was surprised how hard it was for her to separate herself from her old life even though it was clear to the rest of us that she was being abused.  It wasn't until she finished her Ph.D. that she finally parted from her parents and the abusive brother and told the readers she hasn't seen them in a few years.

The other problem with this book is that it just wasn't well written in my opinion.  It has only been a few years since she finished that Ph.D program, and it didn't feel like she has put enough distance between the end of her "saga" and writing an memoir.  I think if she would have waited another 10 years, she could have collected her thoughts and her notes and reflected better to write this novel.

I cannot say I don't recommend it.  I know her situation is rare, but any time you get a chance to look into the lives of people who don't trust the school system or the hospitals or anyone, really, it is a fascinating experience.  It is hard not to judge, but it gives you insight into another way of thinking that obviously exists - even in the year 2018.

Stars: 3
Posted by PletcherFamily at 2:00 AM No comments:

I am on vacation during the month of July.  You would think that would mean a lot of lounging around and reading.  But it doesn't.  We have been busy every day, so I don't think I will get many books in this month 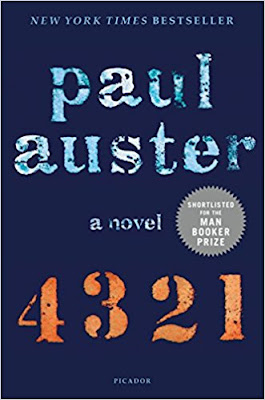 This is the story of Archibald Ferguson.  This story follows 4 different versions of Archibald.  4 paraellel universes in which his life goes in varied ways.  Family fortunes change.  A parent dies.  Or they get divorced.  Or they are rich.  Or they are not.  But the one consistent is a girl named Amy Schneiderman.  His relationship with her varies depending on which universe he is in, but he is always in love with her in one form or another.  We follow Archibald from birth to death in his harrowing novel.

This book was terrible.  I struggled to get through it, but was determined to finish it to see if it was worth it.  It was not.  The main character was not likable.  The book was vulgar.  It was boring.  IT droned on and on about.....nothing.  Just a tedious read, and it has sucked up 2 weeks of my time that I will never get back.

Skip this one all together.  Even Paul Auster's fans didn't like it much.

Stars: 1
Posted by PletcherFamily at 1:43 AM No comments: