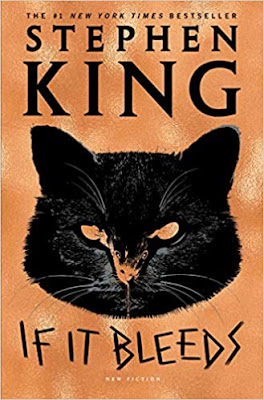 this is my 43rd read for the year.  I listened to this book.

This is a group of short(ish) stories wrapped into one book.  The stories are "Mr Harrigan's Phone" "The Life of Chuck", "If It Bleeds" and "Rat".  "If It Bleeds" is the only one where a character from another series (for fans of the Bill Hodges Trilogy and The Outsider) and that was a nice treat.  All the stories were unique in their own right.  I would say that Mr. Harrigan's Phone and If It Bleeds were my favorite two.  I didn't really care for the Life of Chuck - found it a bit all over the place and because I was so invested in the first story about Mr. Harrigan, I had a hard time transitioning so quickly to a new story.

Overwall, it was a good read.  Entertaining in King fashion.  I have found his stuff lately a little tamer than his old stuff, but I am okay with that.  A good story is a good story.

Posted by PletcherFamily at 3:01 PM