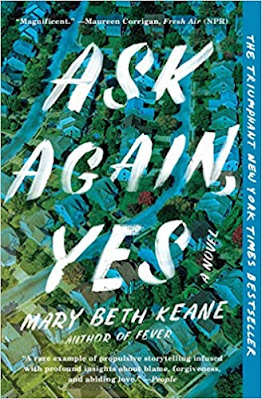 this is my 49th read for the year.
This is the story of the Gleeson and Stanhope families.  Living next door to each other for years yet never really knowing what was going on behind closed doors in each other's homes.  Kate - the youngest Gleeson child and Peter - the only Stanhope child develop a friendship early on in their lives that grows into a love affair as they get older.  Time ticks by quickly in the story as Kate and Peter navigate family strife and a terrible tragedy that lead them into a lifelong struggles.
This was an okay book.  The story was just.....fine.  The passage of time was a problem for us.  The story skipped ahead so fast that it really didn't make me feel much for the characters at all.  It covers more than half the life of Kate and Peter not really taking the time to develop their life story on a deeper level.
It was just....eh.  I didn't finish it wish there was more or being drawn to any of the characters.  So I would say skip it.
Stars: 3 1/2

Posted by PletcherFamily at 7:43 PM No comments: 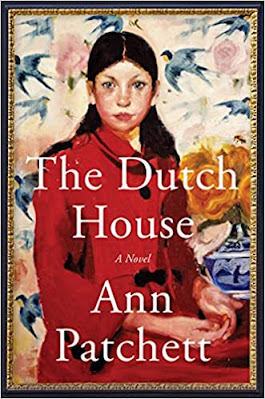 This is my 48th read for the year
This is the story of Danny and his family.  After the second world war, Danny's father who has recently become quite wealthy, buys an enormous estate called The Dutch House.  His father bought the house for his wife as a surprise and soon things began to spiral out of control.
What happened to Danny and his sister Maeve over their childhood and adolscents would be a mother who left them, a father who died, and a step mother that wanted nothing to do with them.  Despite their issues, they prevailed and clung desparately to each other even into adulthood as Danny married and had his own family.  In the end, their lives come full circle with their family and The Dutch House.
This was a fair book.  I think my favorite part of it is that the audiobook was narrated by Tom Hanks.  It was fun to hear his voice tell the story.  The story itself requires some concentration because the story flits around to past and present as Danny fills in the holes of his life and his time in The Dutch House.  It is a complex story that held me to the end.  I won't give anything else away, but just want to say that what happens in the end is a bit unbelievable and just seems like the author wanting to bring a somewhat happier end to their story.
I don't say pass it up.  I say try it out and see for yourself.
Stars:  3 1/2

Posted by PletcherFamily at 6:22 PM No comments: