Today's review is for "Daughter of Time" 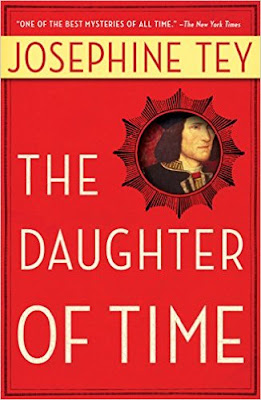 This was under the category:  A Crime Novel

This story is about Inspector Alan Grant who is laid up in the hospital with a broken leg.  During his boredom, he discovers Richard III and become fascinated with his story.  He sets out to find out the truth about him.  Did he really kill his two nephews to secure the crown?  Or was he framed?  Alan sets out to find out the truth of who really killed the two princes in the tower.

This book was boring and stupid.  It was listed as one of the "greatest mystery novels of all time" but I did not like it.  There was too much chatter and it just droned on.  You had to be a true historian to understand this book and follow the author's ramblings.  Just....blech.

I don't recommend.  I don't even have a lot to say about it.  I was disappointed and was hoping it was going to be so much better than it was.