Today's review is from another free Kindle book

The Light of the Fireflies
Author: Paul Pen
Pages: 338 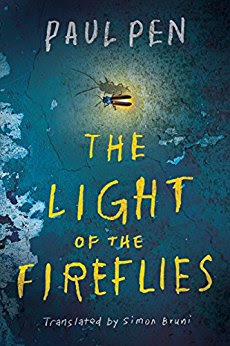 This is a story of a family that was forced to live underground.  A young boy has never known anything but living in the basement with his parents, his grandmother, and his older brother and sister.  All of his siblings had been badly burned in a fire no one will talk about.  They tell the boy that the basement is all there is - that there is no where else for him to go.  The basement keeps them hidden and protects his family from a terrible secret that the young boy knows nothing about.

At the age of 11, the boy desperately wants to see the outside world.  But he lives in fear.  Fear of the "Cricket Man" and "The One Up There" that brings the family food and medicines but it never seen.  When his sister has a baby and no one is telling who the father is, the young boy plans his escape.  With his oldest sister's help, he finds out the truth and soon realizes he can no longer stay below ground.

This story was disturbing.  This is dysfunctional family at its best, and when the big reveal about where the baby came from, why they were in the basement, and other family secrets came to life - you just are left feeling disgusted.  I do like, though, how the authro went back and forth through time - to the time before the family was forced into the basement, and to the time the boy was young, and then 15 years into the future at the end of the book.  So I will give credit for that.

The story is not for the faint of heart.  There isn't much to like about any of the characters.  Their actions are unforgivable and in the end, you just want the little boy to escape and be done with the story.

It is hard to recommend it because the story is very disturbing.  So I would say skip it

Stars: 3
Posted by PletcherFamily at 6:02 PM