Read The Word - Burkina Faso - Of Water and the Spirit 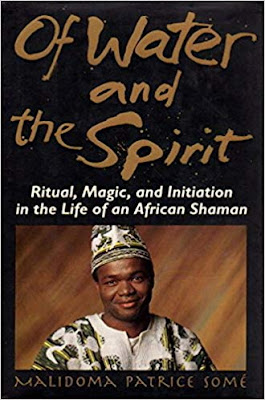 This is my 47th read of the year

So.many.African.countries.  The stories are all so extremely interesting.  I have really enjoyed reading about all the countries that take up this massive continent.

This is the author's own story about his childhood in Burkina Faso.  Early in his life, his grandfather died - one of his favorite people in the world - and he witnesses the ceremony where his village helps his grandfather pass from this world to the next.

Shortly after his grandfather's death, Malidoma is kidnapped by a French Jesuit missonary to be trained as a priest.  He spends 15 years in captivity, and he loses his native language and his past.  After pushing a priest out of anger, he is sure he will receive the ultimate punishment, so at the age of 20 he escapes the missonary and finds his way back home.  His family welcomes him back, but Malidoma is lost.  He is angry - thinking his family never searched for him.  He doesn't know the language any more, and doesn't understand the culture.

He decides he wants to reconnect with his native culture, so he undergoes a month long initiation into shamanism.  During his initiation, he says he went to the underworld, watches a tree transform, and was buried alive.  He comes back a new man, fully embracing his culture.

Today Malidoma has a doctorate degree in political science, and literature.  He travels the United States speaking about black magic and spirits.  He felt he needed to create a bridge between the Western culture and the indigenous culture.  And even though he now lives full time in the United States, he returns often to his village in Burkina Faso.

This was a great book.  His stories about his expereinces with the Jesuits are heart breaking.  His stories about his grandfather's death and his initiation back into his tribe, are amazing.  You have to open your mind and realize that this is not a science fiction story, but one where Malidoma feels he experienced what he saw and heard.  It is so important to be open to the beliefs and feelings of others so that we can understand them better.

Check this book out.  You won't be disappointed. 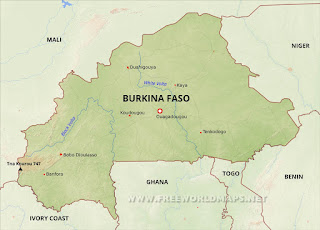