Read The World - Scotland - The Blackhouse 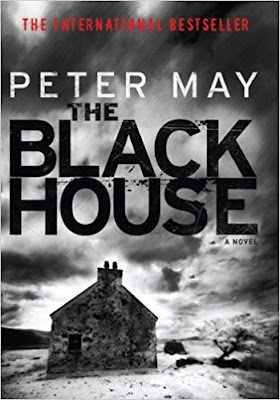 I am in Scotland right now with my family.  This is our first visit here, and we are having a great time.  We are in Edinburgh right now and will be going to Glasgow next.  10 days in this beautiful country.

Sidebar:  I do know that Scotland is part of the UK.  BUT -I  felt that it deserved its own book.

This is the story of Fin MacLeod.  A murder has happened on the Isle of Lewis.  Fin - a native of the Island, but a cop now living in Edinburgh, is called in to investigate the murder.  There was a similar murder in Edinburgh recently, and the people on the island wonder if it is a serial killer on the loose, or a copy cat murder.

Fin has not been back to the Isle of Lewis for nearly 20 years.  Coming back has dredged up a lot of old feelings.  This is where his parents and aunt died.  This is where the love of his life was lost to him forever.  This is where his childhood friend, Artir, lost his father in a tragic accident in their childhood that Fin is certain he was blamed for.  It is almost all too much for him to bear.  But Fin has a job to do, and in finding the killer, he learns things about his past that change everything.

This was an okay book.  It was an easy read, and it has some redeeming qualities, but overall - I didn't like it as much as I was hoping I would.  I really don't like mystery books that keep the reader in the dark for the sake of extending the story.  This book was full of that.  In the beginning of the book, it seems like Fin has lost a child in some way.  But it took a very long time to get to HOW.  I was actually starting to think that I was reading the middle book of the trilogy instead of the first book because we were kept in the dark about so many things.  Unnecessarily so.  Just drives me crazy when authors do that.

Because of this fact, by the time we got to the end and the solving of the murder, I wasn't all that attached to the characters or the story.  It is a shame, really, because it could have been so much better.

The pluses about this book, for me, where some of the things that actually had nothing to do with the overall story.  One was the scenes about Scotland.  Being here now, I was excited to be reading about a book that takes place in Edinburgh and then in the Highlands (Where we will visit in a few days).  The other is the main character's name is Finlay.  That is my daughter's name.  (we spell it Finley).

Anyway - I am not sure if I can recommend this book.  It was fluff - a good book for vacation that didn't take a lot of concentration.  But it was frustrating to be kept in the dark unnecessarily so about certain "secrets" just to lengthen the book. 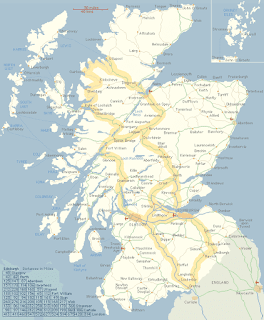