Read The World - Comoros - A Fish Caught In Time

Book: A Fish Caught In Time
Author: Samantha Weinberg
Pages: 220
Book takes place in the country: YES (at least 50% I would say)
Author is from the country: NO
I have visited: NO 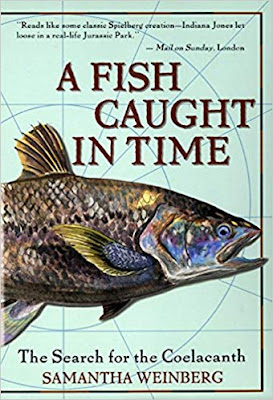 This is my 87th read for the year.

Well vacation is messing with me.  I am not reading near enough!  We are getting ready to go and sit by a lake for a week, so MAYBE I will have more luck then.

This is the story about a fish that was thought extinct.  The Coelacanth (see-lo-canth) was thought to have died out 400 million years ago with the dinosaurs.  However - in 1938, an ameteur ichthologist spotted a fish on a deck.  This coelacanth was 5 feet long and had limb like fins.  She saved what she could until she could get ahold of one of the best ichthyologist - JLB Smith.  He recognized it right away and wanted to get to Comoros to see if they could find more.  Over the years - through the 40s-70s - many fish were finally found.  It wasn't until 1998 that the fish finally made global news and became on of the biggest discoveries of the 20th centuries.

I really enjoyed this book.  Natural history is one of my favorite things, and this just blew my mind.  A fish that was thought to be gone for 400 million years?  WHAT?!?!  And now it is back?  Or - it was here all along?  Just amazing.  Many scientist believe that this is one of three fish that might be where man started.  Based on its fins, there is thought that it was one of the fish that came to land, and eventually, became human kind.  So it has a pretty cool .

I encourage you to read this one.  I was glad I did. 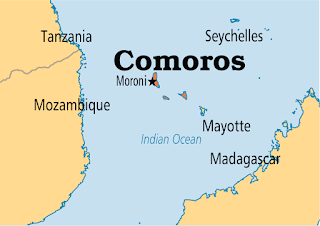