Read The World - Sri Lanka - Island of a Thousand Mirrors 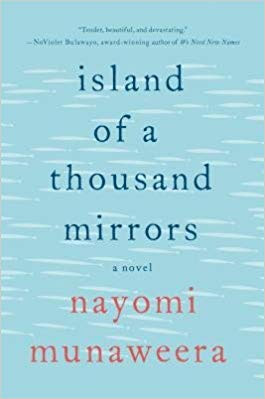 This is my 92 read for the year

I have read 105 books in my Read The World Challenge so far (97 to go). I have learned incredible amounts about our world, and am reminded how lucky I am.  I encourage you to read about the world outside your own. 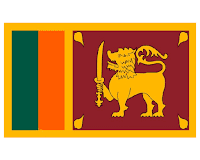 This is a fictional story based around the Sri Lanka civil war.  It is the story of the Tamil and Sinhala people and two women who grew up on either side of the war.  The main character - Yasodhara begins the story several generations before she is born to show the development of her family in Sri Lanka up until when Yasodhara is a grown woman.  She begins the story with her father as a child, and develops on how he met Yasodhara's mother, their move to the United States when the civil war begins to brew, and then Yasodhara and her sister's return to Sri Lanka to rediscover their roots.  A tragedy leads Yasodhara to return back to the United States to try and forget the past - knowing that can never be true.  When the civil war finally ends, Yasodhara starts to find peace with her past and knows that it is time to move on.

On the Tamil side there is Saraswarthi who takes a very different path after she is captured and tortured.  Once dreaming of becoming a teacher, Saraswarthi's path is changed due to her capture, and she joins the movement and becomes a soldier for the civil war.  The choices she makes will haunt both of these families forever.

This was a great book.  It is well written and well told.  It isn't a very long book, so I found myself reading late into the night to finish it.  You becomes very invested in the characters on both sides of this story as you watch their paths intertwine, separate, and then intertwine again.

I encourage you to read this book.  Though a fictional story, it gives you some insight into the Sri Lanka civil war and what the citizens went through during that time. 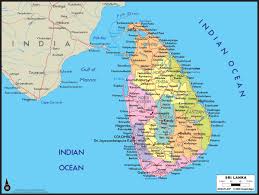 Posted by PletcherFamily at 11:16 AM