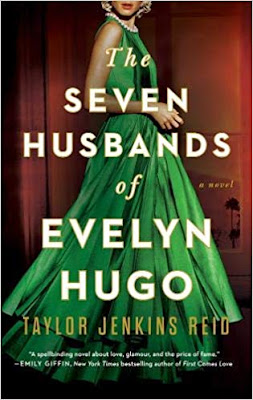 This is my 17th book of the year

I listened to this one through Audible.  I am grateful for my subscription from my sister in law because I have been able to get my hands on two books that through the library I have been on the waiting list for months.

This is the story of a fictional famous actress named Evelyn Hugo.  Married seven times over the course of her life, she decided before she dies she wants to tell the truth of her life.  She reached out to a young journalist named Monique to write her biography.  Monique has no idea why Evelyn has chosen her for such an honor, but she jumps at the chance to get to know the reclusive star more intimately.

Over the course of a few weeks, Monique listens as Evelyn replays her entire life and all the people she has loved.  She tells Monique how she became an actress, and how she became ruthless in her persuit to becomes famous.  Monique tries to ask Evelyn questions, but Evelyn promises her that once she is done - all of Monique's questions will be answered.  What Monique doesn't know is where that ending will leave her.

This was a pretty good book.  I never know how these popular books I see on instagram will be, but I really liked this one.  It is very well written, and the story flows nicely.  The ending was a good one - I didn't see it coming.  (although I probably should have).  Evelyn's reasons for what she did, why she married so many times, and why now she wants to reveal the truth become a marvelous story that I could not stop listening to.  I was glad I found this one.