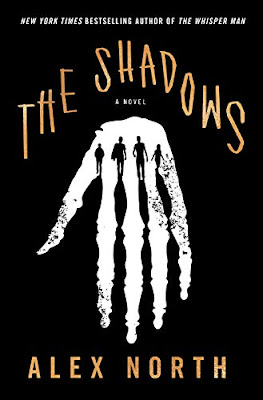 This is my 81st read for the year
This is the story of Paul and his friends.  Paul meets a kid named Charlie while he is in high school that talks him and his friends into trying lucid dreams. Charlie thought he and his friends could meet each other in the dreams and "deal with" people they didn't like.  Charlie commits a murder, and 25 years later, Paul is still dealing with the aftermath of that murder.  Copycats have tried to replicate Charlie's murder, and things are getting out of hand.
Paul returns to the town he grew up in to see his dying mother.  After the murder, Paul had walked away from his hometown and never looked back.  That included not seeing his mother in many years.  His mother - now sick with dementia - tells Paul that there is something inside her house, so Paul starts to investigate.  New murders are popping up in town, and what Paul finds in his mother's house leads him down the path of his past that he swore he would never go again.
This was a pretty good book.  I enjoyed North's "The Whisper Man" earlier this year, and felt that one of his haunting tales were needed for Halloween.  This one wasn't as good as the Whisper Man, but it held my attention.  Just like Whisper Man, it drew me in, leading up to the big revelation, but it ended up being not as scary as I hoped.  Not as mythical as I imagined.  While I found The Whisper Man much more intense, I am not sorry I read this one.  I read it slowly over the course of a few weeks, k  between some other books, and maybe that was the problem - should have read it a little faster for more story continuity.
Stars: 4

Posted by PletcherFamily at 4:00 PM