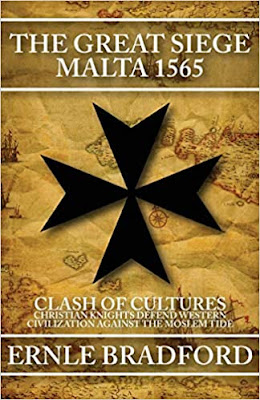 This is my 102nd book of the year
I hav slowed down so much since we started to work on our house.  I really wanted to finish this read the world challenge before the end of this year, but I don't think I am going to get that wish

Here is what Amazon had to say about this book:
In the first half of the sixteenth century, the Ottoman Empire was throught to be invincible.  Suleiman the Magnificent, the Ottoman sultan, had expanded his empire from western Asia to southeastern Europe and North Africa.  To secure control of the Mediterranean between these territories and launch an offensive into western Europe, Suleiman needed the small but strategically crucial island of Malta.  But Suleiman's attempt to take the island from the Holy Roman Empire's Knights of St. John would emerge as one of the most famous and brutal military defeats in history.
Forty-two years earlier, Suleiman had been victorious against the Knights of St. John when he drove them out of their island fortress at Rhodes.  Believing he would repeat this victory, the sultan sent an armada to MAlta.  When they captured Fort St. Elmo, the Ottoman foces ruthlessly took no prisoners.  The Roman grand master La Vallette responded by having his Ottoman captives beheaded.  Then the battle for Malta began in earnest:  no quarted asked.  None given.
I love these types of books.  This is well written, well told, and well researched.  I was worried that it might be dry and slow, but it was neither of those things.  I knew nothing about Malta before reading this book, and this was a great intoduction to the country for me.  It is a complex story, but the author does a great job making it easy to read.
Stars: 4 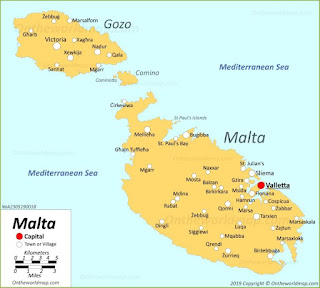 Posted by PletcherFamily at 8:40 PM