Today is the review for a short novella called 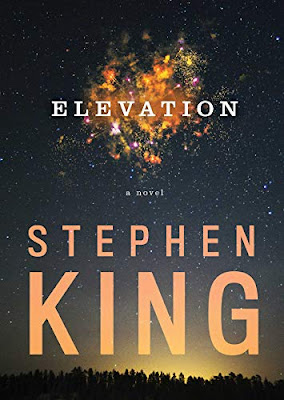 Scott Carey is losing weight at an alarming speed.  He doesn't look any different than he did at 240 pounds, there has been no loss of muscle tone or stature, but he is losing a pound a day.  And wether he is wearing clothes or carrying weights, or is naked - he weighs the same.  He visits his friend - Dr. Bob Eillis - to see if he has any idea what is going on.  Together, the two men try to figure out why he is losing weight, yet not showing the outward signs.

Scott has two new neighbors that he is desperate to get to know, but don't seem to want to know him.  The one is seemingly bitter and on the defense, and tries to avoid Scott at all cost.  But the other warms to him and invites him to come to their restaurant and try their food.  The restaurant is suffering because it is being run by a same sex couple and the town in not open minded.  Scott is determined to get the town to accept these women and their restaurant, and puts his own failing health on the back burner.

The rate of his weight loss starts to speed up.  Scott - realizing that the end is near, confides in the women, and together they help Scott - and the town - find the best in themselves.

This book was REALLY short (as you can see above).  A lot of the low reviews for this book is because people didn't realize it was a novella.  (although, if you take two seconds, each Amazon page tells you how much a book cost).  I felt, though, that this story needed more pages.  The turn around of the town, and the women, and even Scott himself happened way too quickly to be realistic.  Well - as realistic as a story where a guy loses a pound a day with no known cause.  It just didn't do anything for me - I didn't come to like any of the characters or get a chance to feel one way or another about them with only 160 pages.

If you can borrow this book from the library and you are a huge Stephen King fan, then check it out.  But if your only choice is to buy it, I wouldn't bother.  You aren't missing much.

Stars: 2
Posted by PletcherFamily at 5:30 PM