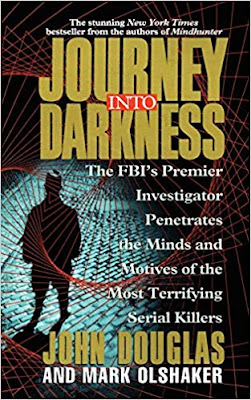 I listened to this one

This is the second book in the Mindhunter series.  John Douglas continues his tales as an FBI profiler getting into the heads of the most notorious criminals.  He tells us about some of the worst ciminals and murderers that he worked to capture during his time with the FBI.

It this was another good book, but I have to say I did not enjoy it as much as the first one.  In this book, Douglas spends a long time on one particular case - almost to the point that I am sure it is a family member so much time is spent on it.  It is not, though, so it left me a little baffled on why he felt this story so important that he had to take us through the child's entire lifetime through her adulthood when she was eventually murdered to tell this story.

What I liked the most about the first book was that he told story after story, profiles many different criminals he helped capture.  I think this book lost some merit with me because he felt like he was filling pages instead of continuing his Mindhunter series.