Today's book is called: Promised Not To Tell 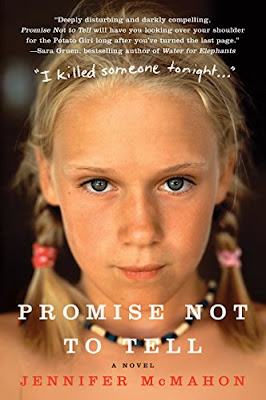 This was under the category: A Book With a Protagonist That Has Your Occupation


This is the story of Kate Cypher (who is a nurse....like me).  She has returned to her childhood home when she gets a call from folks who live near her mother saying her mom is sinking into Alzheimers and can no longer care for herself.  Her mother set her house on fire, and so Kate is not faced with the task of putting her mom in a nursing home.  On the night she arrives, a little girl is murdered, and it mirrors a murder that happened to one of Kate's friends when she was a child.  The killer of Kate's friend, Del, was never found, but now the police are searching for either a copy cat murderer or Del's killer.  Kate becomes wrapped up in finding out who killed the little girl figuring it will lead her to Del's killer.

This was a pretty good book.  It is a really quick, short book.  The story flips back and forth between 1971 - the year Del was killed, and 2002 - the year the other girl is killed.  Kate is remembering her friendship with Del and the guilt that she has thinking it was her fault that Del was killed.

I encourage you to read this book - it was well written and wrapped up nicely in the end.  Check it out!

Stars: 4
Posted by PletcherFamily at 8:38 PM