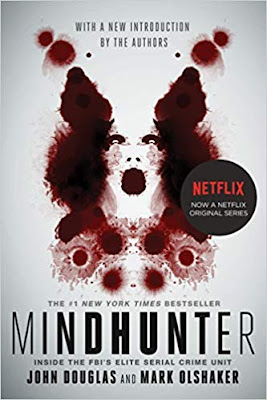 
Even though we are 9 days into December, this was the first book I finished in December.
I listened to this as an audiobook, and it was excellent in that format.

This is the stories from the author's 25 years as an FBI agent where he used psychological profiling to solve some of the toughest crimes.  He helped capture and interview many serial killers and assassins over his career and became one of the most well known and well respected FBI psychologists of his time.

This was an incredible book.  The stories are numerous in the book, and - while gruesome - they were intriguing to listen to.  We learned in depth details of the crimes of some of the most notorious serial killers, and how John and his team caught them.  We got into the minds of these criminals as John tries to figure out how they work.  Many times he was called in to try and figure out exactly the kind of person they were looking for after a crime had been committed.  His skill lead to the capture of many killers.

Definitely worth the read.  I am going to rank it as one of the best reads of the year. Just know that the content of the book is at times hard to read and the details are numerous about the crimes.  The book is well written, and John's story incredible.