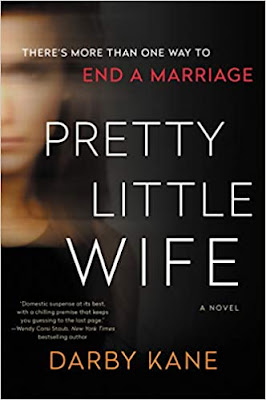 This is my 33rd read for the year
This is the story of Lila.  She has been in a terrible marriage for a long time, and she has just discovered a secret that her husband had that is unforgivable.  She needs to end her marriage to Aaron, but he is missing.  The police suspect Lila, but she doesn't know where he is.  While the police dig into her past Lila does some digging of her own and finds out more than she bargained for with her husband's past.
This was a pretty good book.  I was set for this one to be cheesy or have a terrible ending, but it was neither.  It was pretty well written and the ending didn't disappoint.  Was I surprised at the end with the wrap up?  No.  However, it did not take away from the story.  It was the first book in awhile that I didn't really want to put down - wanted to keep reading chapter after chapter to see where it was going.
Check this one out.  It isn't a hard core thriller, but an interesting enough story that you will want to see where it ends up.
Stars: 4

Posted by PletcherFamily at 2:01 PM