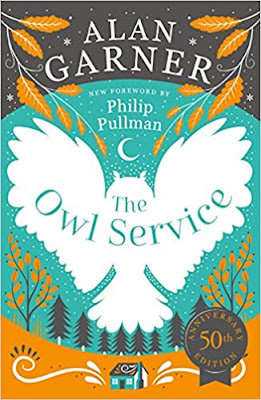 This is my 31st read for the year

*It was brought to my attention that I did a book about Scotland, but left our Wales in my Read The World Challenge.  So - I dug around and found a book from Wales - not an easy task!
**Also I used this book for my 2021 Challenge: An Endorsement by a Famous Author On The Cover
This is mainly the story of Allison, Roger, and Gwyn.  Allison and Roger are step-brother and sister, and Gwyn is a Welsh boy that is spending the summer while his mother works for Allison and Roger's family.  One night, Allison hears scratching noises in the rafters above her room and asks Gwyn to see what it is.  What he finds is a whole set of plates that seem to have a flower pattern on them.  When he touches them, he almost falls through the ceiling.  He brings a plate down to give to Allison who starts to trace the pattern on the plate.  She discovers when she puts the patter together it makes an owl.  As she traces the plate, the pattern disappears leaving only a white plate behind.  Allison becomes obsessed with the plates and traces each one and then each one becomes blank.
With the appearance of the plates, the occupants of the house start to behave oddly, and tensions rise.  Soon the young people are involved in a mythical curse doomed to repeat itself.
This was an interesting book.  It is an older book (written in the 1960s) and full of Welsh mythology.  I had a hard time following it, even as a middle grade book.  Being more familiar with Welsh history and mythology would help a lot here.  The scratching in the attic - never resolved.  The ending?  Unsatifsying. I did continue reading - interested to see where it would go.  And I am glad I gave it a try since there isn't much out there from Wales.  I just think that this was a book that would take a lot of concentration from a middle grade reader if you were not familiar with this author or this area of the world.
Stars: 3 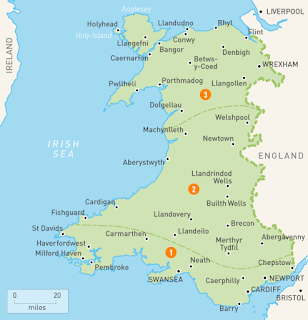 Posted by PletcherFamily at 11:14 PM