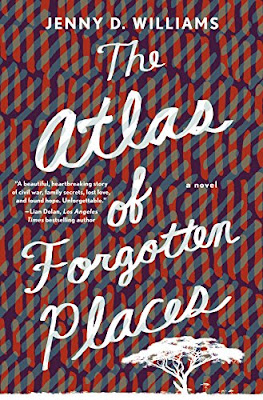 This is a story that is told from the perspective of Sabine and Rose.  Sabine is a native German who spent 18 years in Africa as an aid worker.  After burning out, she returned to her native land.  Rose lives deep in the heart of war torn Africa.  She has recently fled from being captive among the rebels.  She is having a hard time fitting back into her community - they view her as a traitor.

Sabine gets a call from her niece, Lily's stepfather to say that she has not returned home from her trip to Africa.  Like Sabine, Lily went as an aide worker, but just for a short time.  Now, she is missing.  Sabine - since she is familiar with Africa - agrees to fly there and search for Lily.  She meets Rose, and a man named Christoph, and together they head deeper and deeper into dangerous territory in search for Lily.

This book was just okay.  I wanted to like it more, but it was just not well written.  The characters were glossed over quite a bit - you didn't really get into the heart of their past until the very end of the book.  The author almost seemed like she was keeping secrets just to keep them, but it didn't add anything to the story.  You didn't really feel like rooting for Lily - who was portrayed as a spoiled child who shouldn't have been there in the first place.

I would say skip it.  I think it could have been better told.

Posted by PletcherFamily at 6:53 PM