Read The World - Moldova - Playing The Moldovans At Tennis

Book: Playing The Moldovans At Tennis

Book takes place in the country: YES - around 75% 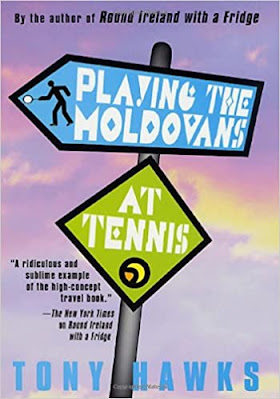 This is my 103rd read for the year

This is the author's own story on a bet he made with a friend.  He bet this friend he could beat the 11 football (soccer for Americans) players from Moldova.  His friend - feeling that even footballers from Moldova would been atheltic enough to beat a 38 year old comedian at any sport - took the bet.  So Tony set of on a 18 month journey to find and convince all 11 Moldova footballers to play him in tennis.  He didn't even know where to start.
Tony takes us on a journey to a little known country - weaving bits of Moldovian history in with his odd quest.  And in the end either Tony - or his friend - would lose this bet and have to dance naked in London when the loser is confirmed.
I really, really, really wanted to like this book more than I did.  I am usually drawn to these silly stories.  I love stories of people who pick up and move or pick up and travel with little clothes and money and make it work on the kindness of strangers.  Where they don't let language barriers or fear of the unknown stop them from going.  And I thought - even with something as silly as this bet - it would be an entertaining, silly, charming story from a guy who is a stand up comedian.
Alas - it wasn't meant to be.  Tony was not a likeable person in this book.  He complains about everything and everyone (except the sweet 11 year old girl in the book).  Everyone.  He traveled gloomily and with a sour attitude even though he wasn't trying to cure cancer, or teach education to a third world company.  He was on a quest for a stupid bet.  And yet he was still miserable.
So disappointing.  It wasn't awful - I did learn a lot about Moldova, and the Epilogue redeemed the book some in the end.  And I have learned that he did give a large part of his profits from the book to charity in Moldova. But not enough for me to give it more than 3 stars.
Stars: 3 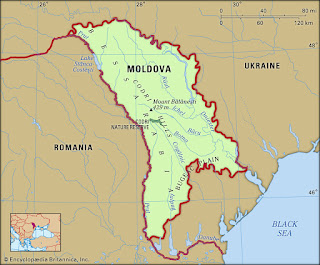 Posted by PletcherFamily at 4:00 AM