Read The World - Somalia - The World's Most Danergous Place

Book: The World's Most Danergous Place 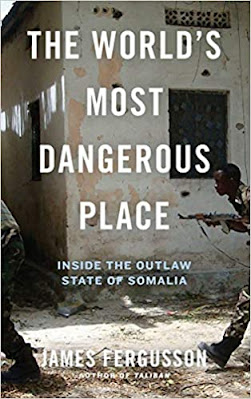 This was my 11th read for the year

This is what Amazon has to say:
Although the war in Afghanistan is now in its endgame, the West's struggle to eliminate the threat from Al Gaeda is far from over.  A decade after 9/11, the war on terror has entered a new phase and, it would seem, a new territory.  In early 2010, Al Qaeda operatives were reportedly "streaming" out of central Asia toward Somalia and the surrounding region.
Somalia, now home to some of the world's most dangerous terrorist, was already the word's most failed state.  Two decards of anarchy have spawned not just Islamic extremism but piracy, famine,and a seemingly endless clan-based civil war that has killed an estimated 500,000 turned millions into refugees, and caused hundreds of thousands more to flee and settle in Europe and North America.
What is now happening in Somalia directly threatens the security of the world, possibly more than any other region on earth.
This was a pretty good book. I am always up for a good non-fiction.  It is quite detailed, and I learned quite a bit about Somalia.  It was hard to follow at times, but if you take your time, this is a worthwhile read.
Stars: 3 1/2 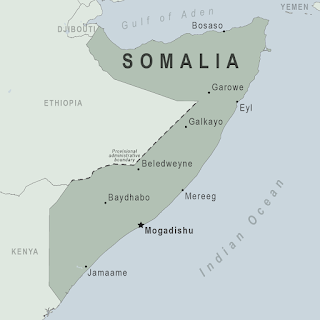 Posted by PletcherFamily at 11:33 PM