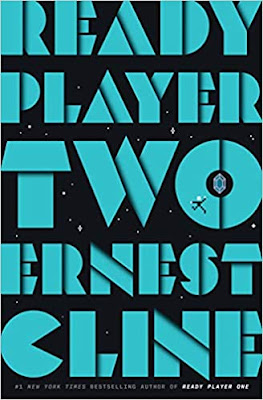 This is my 26th read for the year
This is the continuation of the story of Wade Watts after he won James Halliday's contest.  Now a multibillionare and owner of Halliday's company and OASIS, Wade and his friends have been left a new technology as Haliday's heirs.  A system that allows people to be able to taste, feel, smell, and sense everything inside the OASIS, truly bringing that world to life.  Halliday has also given his new heir a new quest inside the game that leaves them to a mysterious prize.
However, while Wade and his friends hung for the new prize, a long lost enemy emerges to try and kill millions and take over the OASIS once and for all.  It is up to Wade and his team to protect humanity.
Well - I read the first one, so I figured I should follow up and see how the story would end.  I liked the first one okay - an interesting idea, except the character was always set up with everyting he would ever need to succeed in his quest - just seemed like a small child telling a story and building a world that would be "amazing".  The second one was full of nostalgia from the 80s.  Kind of like the first, but definitely to the point of overkill.  Too much explanation, not enough story advancement.  It was a 7 year old's fantasy of what would happen if they had endless money and toys.  I just could not get into this book, could not relate to any of the characters - or really like any of them - because they were drowned out by boring nostalgia writing.
Stars: 2

Posted by PletcherFamily at 2:09 AM