Book: Girl At War
Author: Sara Novic
Pages: 336
Book takes place in the country: YES
Author is from the country: NO
I have visited: NO 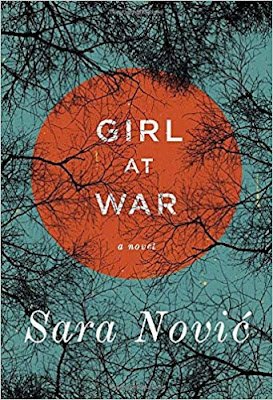 Croatia is on my short list of places to visit while we live in Switzerland.  Although, that short list is starting to get very, very long.  I feel like we have to take advantage of as many places as we can while we live within hopping distances to these countries.  I need to get busy planning.

One other mention I want to make about this book, that really has nothing to do with the book itself.  In reading about the author I found out that she is deaf.  She is an activist who writes about the challenges of being a deaf novelist.

This is the story of Ana.  Her life changed in 1991 when she was 10 years old and war broke out in Croatia.  She was living in Zagreb at the time, with her parents and little sister.  Her little sister was very sick, and due to the lack of health care, supplies, and food, Ana's parents make the hard decision to send her little sister to the United States to get well.  She is put with a foster family and Ana fears she may never see her again.

The book jumps forward to 2001 when Ana is now in the United States and a college student.  After the war broke out, and tragedy struck her family, she was sent to the United States to be adopted by the same family who had her sister.  She has tried to move on, but the things she saw and did after the war make it hard.  She makes the decision she must go back to Croatia to find closure.

So she returns.  She finds her closest friend and together they revisit the past and try to fill in the missing pieces that Ana has lived with for so long.  She visits the last places she remembers before she was swept away and it brings back the ghost she had been hiding for so long.

This was a pretty good book.  I listened to it as an audiobook, and I felt this one was much easier to follow than the last one I tried.  I liked the pace of the book, and I think it flowed well.  I do wish there would have been more said about the time the main character was a child soldier.  Another critique I would have is the overuse of "colorful" language.  Over describing things just for the sake it.  But on the whole - it was a good story, and another one of those books that reminds me, as an American, about how lucky I truly am.

I would say pick up this book.  Even though it is a work of fiction, it is based on the very real war in Croatia. 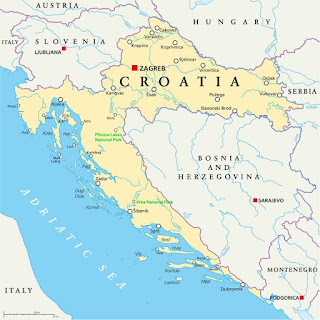