Book: Circling The Sun
Author: Laula McLain
Pages: 400
Book takes place in the country: YES
Author is from the country: NO
I have visited: NO 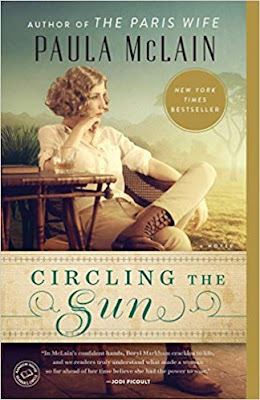 This is my 32nd read for the yera and the last one I will be completing for February.

I listened to this book.  I have been spring cleaning my house and this passed the time while I cleaned all three of my children's rooms.  Teenagers are extememly messy.  Did you know?  No?  Well now you do.

I really hate cleaning, but one of my favorite smells is Murphy's Oil Soap.  I grew up smelling it when my grandmother and mother did deep cleaning, and I would think of using nothing else.  It smells wonderful for days after I scour a room.  Brings back a lot of childhood memories.

This is a historical fiction novel based on a very real person named Beryl Markam.  Beryl lived in Kenya in the 1920s and she was a record-setting aviator.  Before she learned to fly, she grew up on a horse farm with her father.  Her mother, who was originally from England, couldn't take the Kenya lifestyle, so she abandoned Beryl and moved away.  She was raised by her father and the Kipsigis tribe which turned her into a bold young woman who didn't let anything stand in her way just because she was female.

Beryl becomes a horse trainer after her dad and his second wife move away due to hard times.  Her abilities attract a lot of attention when her horses begin to win races.  She meets Denys Hatton and falls in love with him.  Unfortunately, at the time of their meeting, she - nor he - are available and so their secret love affair begins.

Through Beryl's life she is married twice, divorced twice, and has a child she barely sees.  Through it all, she continues to return to Denys hoping that one day they might be together.  But a tragic accident gets in the way, and leaves Beryl lost once again.

This was a good book.  Knowing that Beryl was a real person and she did indeed break aviation records, made it all that more interesting.  The author doesn't reveal what all was true about her story beyond that, except her relationships.  Everything else was left to the author's imagination.

Beryl lived out the remainder of her days in Kenya and died not a well known or well understood person.  I think the author did a good job of retelling even a small part of her life to draw interest in Beryl Markam once again. 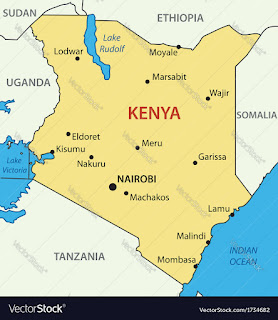