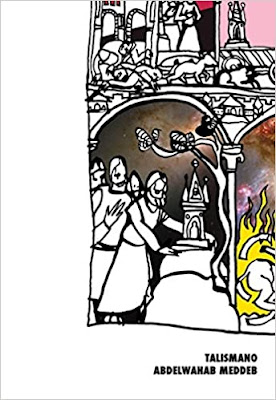 This is my 13th read for the year

Here is what Amazon says about this book:
Talismano is a novelistic exploration of writing seen as a hallucinatory journey through half-remembered, half-imagined cities - in particular, the city of Tunis, both as it is now, and as it once was.  Walking and writing,journey and journal, mirror one another to produce a calligraphic, magical work: a palimpsest of various languages and cultures, highlighting Abdelwahab Meddeb's beguiling mastery of both the Western and Islamic traditions.  Meddeb's journey is first and foremost a sensual one, almost decadent, where the narrator luxuriates in the Tunis of his memories  and intercuts these impressions with recollections of other cities at other times, reviving the mytical figures of Arab-Islamic legend that have faded from memory in a rapidly westernizing North Africa.  A fever dream situated on the knife-edge between competing cultures, this is a testament to the power of language.
Difficult read that I admit I skimmed through.  I got the general idea, but the stream of consciousness type books have never been attractive to me.  I love when stories are part autobiographical or at least containe memories of the author.  But this one hardly held my attention.
Stars: 2 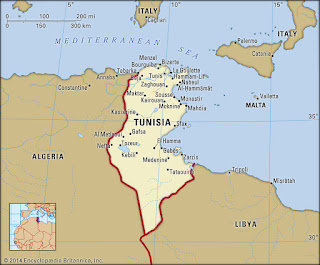 Posted by PletcherFamily at 1:51 AM