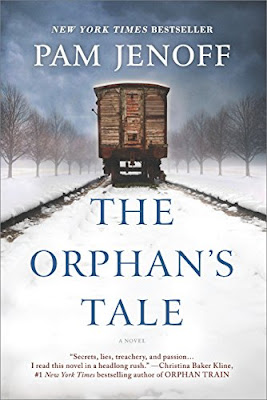 This is the story of two women.  Astrid - a nearly 40 year old woman who returns to life in the circus after her marriage falls apart.  She is a Jewish woman during WWII, and the circus hides her from the Nazis.  Noa - is a young teenager girl wbo finds herself pregnant and cast out from her family.  Her baby is taken from her after his birth and she never sees him again.  One day, while working in a train station, she hears a baby cry from a train car, and finds a car full of babies - some alive, some dead.  She makes the decision to rescue just one, and runs.

She falters while running away and is discovered by the circus leader where Astrid is an acrobat.  Noa is taken in and trained to be a member of the circus, and in return she and the baby are protected.  An on and off again friendship develops between Astrid and Noa while the circus travels during the war.

Tragedy strikes and the women must make a choice.  Do they flee, or save each other?

This book was not that great.  I read it after I saw a few friends had enjoyed it, but I found the written awful.  I rolled my eyes several times.  The relationship between Astrid and Noa was juvenile at best.  The story did not flow well, and I didn't find a connection with any of the characters.  It was wordy and repetitive, and down right poor.

I don't recommend it.  There are so many good historical fiction books out there about WWII, and this isn't one of them.