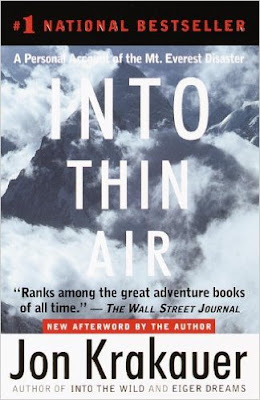 This was under the category:  A Book that Came Out the Year You Got Married

And the Sherpas.  The people who live at the base of Everest who are hired to go on these climbs and set the ropes and carry the loads and care for the people who paid for these trips.  There are no words for how awful their jobs are but how they don't see it that way.  These mountain climbs of things of honor for them, but I felt nothing but terrible for them.