This was a long one!

The World According to Garp 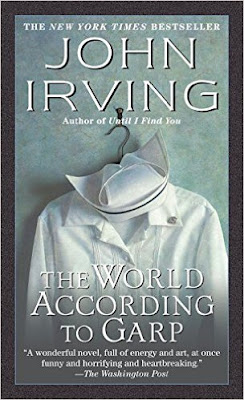 This was under the category:  A Contemporary Novel

I liked this book as much as I thought it was strange.  It started out strong and I was really enjoying getting to know Jenny and her story and her little boy, Garp.  Then around page 200 (in this 433 page book) it got a little strange, and stayed pretty strange for the next 100 pages.  Garp has a lot of sexual encounters with many (many) women over his young years, and even after he gets married - he has several affairs.  His wife is aware of them all, and they have a mutual affair at the same time, which just made me shake my head.  I mean, why?  He and his wife do stay together, have three children (one who dies at a very young age), and the affairs disappear from the story.  For the last 100 pages of the book, the story picks up again, and renews my interest, and ends strong.

I would suggest this book with the warning of the above paragraph.  It will turn several people off.  And truly - about 100 pages of this book are really strange.  I don't get the point of the affairs except to maybe prove how sexual Garp is compared to his mother.  Otherwise - it was pointless.