Read The World - Liberia - The House At Sugar Beach 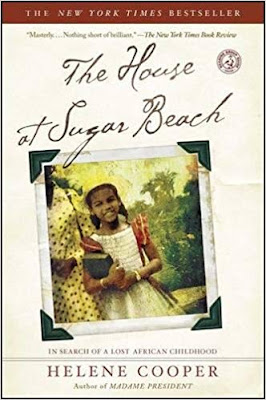 This is my 80th read for the year.

This is the author's memoir.  Helene comes from a powerful Liberian family.  As a decendent of some of the first people who founded the country, she spends her childhood in a 20 room mansion called Sugar Beach.  She has all the comforts - air conditioning, servants, cooks, and even a chilhood playmate that comes to live with them to help eliminate some of her fears of growing up so secluded.  She went to a prestigious international school, and enjoyed a lot of vacations all over the world.

However, in April, 1980, Liberian soldiers killed the president and his cabinet.  Helene's family (who were from a Congo klan) now became the hunted.  After Helene's mother is brutally attacked in their home, her mother takes Helene and her sister to America where it will be safe.

At this point, her whole life changes.  A girl who grew up like a princess in Liberia is suddenly thrust into a culture she doesn't understand, and doesn't have the money or means that she had at home.  Her parents had gotten a divorce, but her dad also lived in the United States.  Helene had to learn how to be an American teenager.   Her mother, who longed to return to Liberia, did return a short while after they moved to the United States.  She sent Helen and her sister to live with their dad who - moving from job to job - was hardly scaping by.

Helene decided she wanted to be a journalist, and after graduating from college, she found herself working hard to get noticed by the big newspapers.  Her big break comes when she is offered a journalist position with the Washington Post.

She travels all over the world, and after September 11th, joins journalist in Iraq.  A near death experience sets her on a new path that leads her back to Liberia to find her childhood playmate and discover what has happened to her country that she left so long ago.

This was a great book.  It is a well written memoir covering much of Helene's childhood in Liberia, her time in the states, and then back to Liberia.  The book takes place about 80% in Liberia itself.  You get a good picture of what it was like for her to grow up without any wants and then to hear what she saw 20 years later when she returned to visit was astonishing.  Nothing was the same.

I am glad I read this one.  It was an easy and quick read, and I learned a lot about a country I knew nothing about. 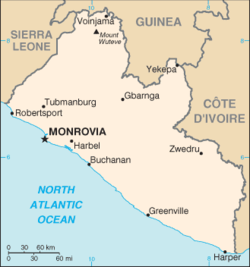