Read The World - Thailand - The Beach

Book: The Beach
Author: Alex Garland
Pages: 448
Takes place in the country: YES
Author is from the country: NO
I have visited: NO (but I am going in the spring!) 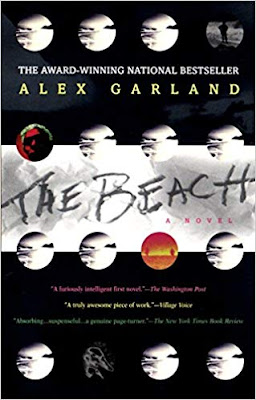 I should have picked a book about Thailand that was more about travel, since our plan is to visit there in March.  But I decided to go with this fiction novel instead.

This novel opens with our main character - Richard - visiting Bangkok, Thailand.  While staying in a seedy motel, Richard is next door to a guy who kills himself his first night there.  Richard wakes up to discover the man dead, and a map left to him titled "The Beach".  Richard talks to a young French couple who were also staying at the hotel, and tells them about the map.  The three of them decide they are going to try and get to this Beach- which is legend among Asian travelers.

When they arrive, The Beach is everything they thought it would be- a hidden gem away from the tourist who flock to Thailand's main islands.  They find others who have lived there for years - hidden from the world.  Richard and the two French travelers are taken in by the existing group and allowed to stay.

This book was fine.  It has its highs and lows.  It is an easy read, but not all that exciting.  Well - I take that back - it SEEMED like it was going to be exciting.   That there was going to be some big mystery about the beach and the people who lived there.  But it never really lived up to my expectations.  The ending was a let down.  The characters were not overly developed.  The plot is kind of all over the place.  I was hoping for better - more suspense.

Eh.  It will stay my Thailand book for now.  It wasn't terrible.  Maybe I will find one about the history of the country I like instead down the line. 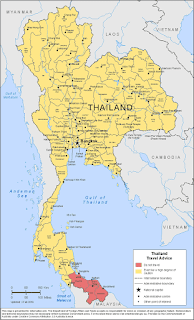