Read The World - Japan - Memoirs Of A Geisha

Book: Memoirs of a Geisha
Author: Arthur Golden
Pages: 448
Book takes place in the country: YES
Author is from the country: NO
I have visited: NO (but my husband has) 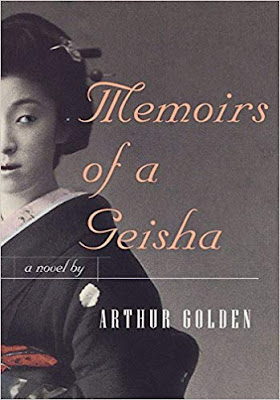 This is the 6th  book that I have read this year.  Finished reading it 1/14/2019.   It was actually on my list to read last year during my "Books Recommended by others" challenge, but once I decided to read the world, I put it off.

My husband was in Japan last year for business.  We were all jealous that he had a chance to spend a week there enjoying the delicious food and culture (in between a massive amount of meetings).  My youngest daughter has visiting Japan on her short list, so we hope to make it happen while we live here in Switzerland.  Because even though it is still a long flight from here, it is much closer than flying for the east coast of the United States where we lived before.

This is the story of a Geisha named Nitta Sayuri who was taken from her family when she was just a young girl.  Her mother was dying and her father elderly.  An member of the town takes Sayuri and her sister and turns them over to the world of Geisha in Gion, which is part of Kyoto Japan.  She grows up being schooled in dance, tea houses, and wearing kimono all under the hated eye of the geisha in her houshold - Hatsumono.  Thankfully another head Geisha came into Sayuri's life - Memeha - and she trains Sayuri to become one of the most beloved Geisha in the area.

We follow Sayuri's story from ages 9 to after the age of 30 - watch her grow up in the world of Geisha, entertain, and receive lavish gifts from the men who seek her company.  The Geisha are viewed more as a "trophy wife" or mistress more than a prostitute, as it seems to be older men who want their affections.

The book ends when Sayuri is an old woman, living in New York.  She looks back on her life as a Geisha and revels in all that has come to pass.

This was a pretty good book.  I have never read much about the Geisha before, and I have not seen the movie based on this book as of yet.  So I wasn't very familiar going into the story of what a Geisha was.  I am in agreement that they are definitely more a mistress than a prostitute, at least the way this story has spun them, because if they are successful - they latch on to one or two men in their who Geisha career.  These men lavish them with money, gifts, places to live and they go through a ceremony that links them together for life.  Most of these men - if not all - have wives.

The kimono, the make up, the parites, the ceremoneis - it was more than I have ever realized.  This story takes place in the 1930s-1950s for the most part, when Geisha in Gion numbered over 600.  That is incredible.  It is a life style that I could never even fathom.

I enjoyed the book.  It gave a nice insight into the world of Japan's Geisha.  What I found disturbing was the main character - Sayuri's - constant chase for one man.  How she loved him from the minute she met him.  It disturbs me that the Geisha chase married men.  But then I think - this is all Sayuri knows.  She was sold into this life and was given no way out.  So I am not sure the chase is entirely her fault.

I would encourage you to read it.  I think there is a lot to be learned about customs from countries all around the world. 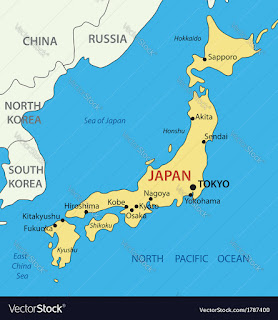