Read The World - Malawi - The Boy Who Harnessed The Wind 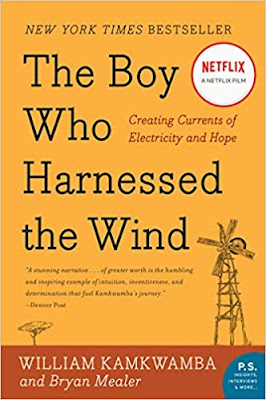 There are so many countries in Africa, and there are many I have no heard of, or know where exactly they are located.  I am learning a lot about the world and the location of many countries just by doing this challenge.  That has been rewarding in itself.

This book was recommended to me a few times, AND there is a netflix movie coming out in March about this true story, so I am anxious to see it.

This is a true story about the author's life growing up in Malawi.  William faced many hardships growing up in a small, poor village in East Africa.  The biggest source of income in the area was farming maize.  Due to dry weather, and long droughts, there were many instances of hunger in the village.  One year it got so bad, and the government ignored the plight, that many people starved to death.  William and his family barely survived by eating one small meal a day.  There was no money and no food and very little hope.

During this time, William had started attending a poor secondary school.  He loved school, but it wasn't free.  His father could not afford to send him during the drought because all their money had to go to food.  So William sought the comfort of the local library and its small amount of science books.  There he discovered the power of windmills, and saw he could make a difference in his families fate by using the wind to generate power.

He built a small windmill at first and then a larger one to actually generate some electricity for his families small hut.  He was also able to use it to get running water - another thing that was sorely lacking.  As the crops started to grow, and the drought ended, things turned around for William's family and also for his village.

The town was told of his windmill, and soon word spread.  At first the towns people saw it as magic and witchcraft and were fearful.  But as the outside world started to arrive, they saw that it was a miracle and that science was going to change the lives of the people in the village.

Thus began a wirlwind life for William - traveling all over the world talking about what he had done and about life in his village.  He was able to improve the lives of everyone around him and overcame crippling poverty and adversity.

This was a really great book.  It is well told and well written.  He does go off on a little bit of a tangent about the making of his windmills, but otherwise, the story of his life is fascinating.  And it didn't take place a long time ago - William was born in 1987, and discovered around 2007.  He went on to finish high school and was even accepted and graduated from Dartmouth College.  He continues to tour today speaking of what he was able to do and encouraging others in small, poor areas of the world to do the same.

I encourage you to read the story.  I even got a little teary at the end because of how things turned out for him and his family.  Great read - check it out. 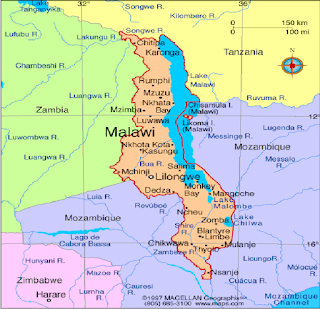