Well, this week's Top Ten Tuesday was not something I could complete.  However, I saw a Marvel Avengers Book Tag on another blog, and thought that looked like fun.

First Game of Thrones - the final season - starts next week.  I can hardly stand the wait.  I have read the books, seen the show, and now I want to see how they plan on wrapping up the series.  And THEN I hope George R.R. Martin finishes the books.  Please George.

THEN,  at the end of the month, my entire family will be spending our life savings to go to the movies here in Switzerland (Americans would revolt if movies cost this much in the states) and see the Avengers End Game movie.  Again - Marvel is another series that is very high on my list, and I have been anticipating this movie.  I cannot wait.

This blog post is to find books that resemble the heros in the Marvel Avengers universe, so here we go.


Iron Man - A Book That Made You Laugh Outloud 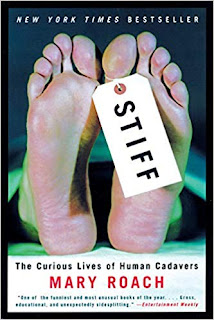 I am very sure that Tony Stark would laugh out loud with this book, just like I did.  This is a book about the different routes that cadavers take (science, creamation, forensics, and crash test dummies just to name a few).  As a nurse, I was completely fascinated by this book.  The author had a light humor and snarky remarks mixed in with her research.  I mean - crash test dummy in the after life?  Huh.

Captain America - A Book That Sends A Positve Message 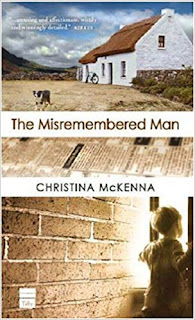 This is one of my all time favorite books.  And I definitely think that Capt. would approve.  This is the bittersweet story of a man who, after a very hard childhood, at the age of 40 has decided it is time to live a little and find love.  With the help of his friends, and an ad placed in the paper, a sweet romance develops that just melts your heart.

We all want to be remembered well.  And our main character, Jamie, has a twist of fate that changes his life and shows that there is always time to turn our lives around for the better.

Thor - A Book With a Character's Strength You Admire 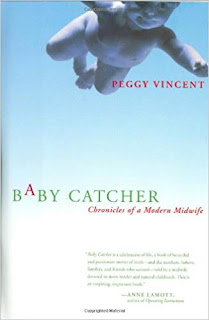 This is not a widely known book, but I picked it because I am a little bias.  As a pediatric nurse for the last 22 years, I do believe that nurses have super powers.  And above that - midwives are amazing.  I have gone through labor myself, and while I would not have had a baby at home - after reading this book, I had more respect for women who do.  And for women who have natural births in general.  The stories that this midwife tells are nothing short of amazing, and I was fascinated by each one.

Black Widow - A Book With A Kick A$$ Female Potagonist 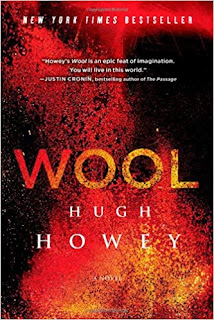 I really liked this distopian future trilogy.  I read this last year when I was doing a "recommend me a book" challenge.  What a great find.  In this post apocolyptic future series people have been driven into silos which are mostly underground due to the earth's air becoming toxic.  The silos have 130 levesl and hold 1000s of people.

Our hero - Juliette - is put into a job she didn't want.  She was a mechanic - and a really good one.  She is charged with a crime she didn't commit and is sent out to do a "cleaning".  No one ever returns from a cleaning because of the toxic air.  Juliette goes over the hillside and disappears.  This causes an uprising in the silo and starts people questioning who are in charge.

Without spoiling too much, just know that Juliette is in all three books and is the hero.  She is independent and fearless.  Just like Natalia.

Hulk - A Book That Made You Incredibly Angry 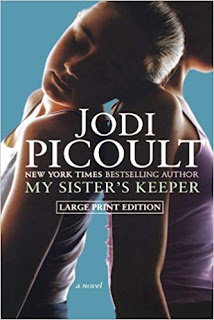 I am sure most people have read this book, or at least have seen the movie.  (although,if you saw the movie, but didn't read the book, just know they changed a lot).  This book made me angry on many levels.  It is a story of a family that has a daughter who has cancer.  The younger sister is brought into this world to save her sister.  Anna's whole life has been countless surgeries, transfusions, hospital stays, just to help her save Kate.  When Kate needs a bone marrow transplant and Anna is a match, Anna decides she has had enough.  She sues to emancipate from her family so she doesn't have to this any more.

As a parent, I don't know what I would do if I had a terminally ill child and a child that could save him/her.  It is an impossible situation where you would be hard pressed to know where the draw the line.  But what made me angry about this book?  The ending.  Jodi - your endings are cringe worthy.  They are not BAD - they are just always a knife to the gut. 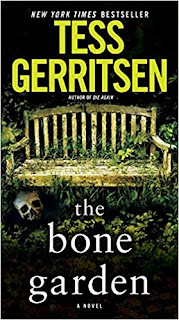 This book has less than 500 reviews on Amazon, but it deserves to be noticed.  This is a story of a woman who is newly divorced.  She buys a fixer upper house in Massachusetts.  While digging in the garden, she finds a skull.  The authorities determine that it is from a body from the 1830s, and the hunt for the body begins.  The story flips back and forth between present day and the 1830s where a young woman has just lost her sister and is now tasked with raising her niece.  She meets a young medical studen that agrees to help her and the baby.  Around them, nurses and doctors are being murdered and the young woman is warned to keep the baby hidden.

I thought this was a GREAT mystery book.  It is a long, involved story and well written, but the mystery is held until the end.  The reader is not kept in the dark for the sake of lengthening the story.  We really had no idea how it was going to be solved until the end.  Brillant.

Loki - A Book With A Twist or Surprise That Tricked You

The Shadow Of The Wind 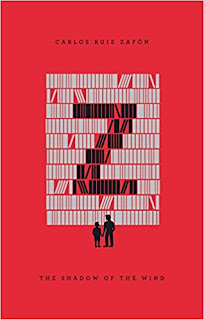 This is one of the best books I have ever wirtten, and the twist is not to be missed.  It takes place in Barcelona, 1945.  A young boy named Daniel visits a crypt of old and unusual books and finds one called "The Shadow Of The Wind".  He reads it and wants to find more books by this author.  He finds out that none exist.  Someone is systematically destroying all books by this author.  Daniel sets out on a quest to find out why.  Over the years he opens the door to some of Barcelona's darkest secrets.

Posted by PletcherFamily at 7:57 AM