Book: City of Thieves
Author: David Benioff
Pages: 258
Book takes place in the country: YES
Author is from the country: NO
I have visited: NO 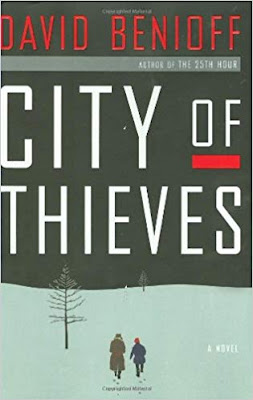 I actually finished this book in March but didn't have time to blog about it.

This book is a fictional story about WWII.  It starts with a grandson, wanting to know what it was like for his grandfather in the war.  The grandfather decides it is time to tell his story about how he, a Jew, and a military deserter ended up on a mission for eggs for a colonel in the Russian army.

This is about a 17 year old boy named Lev.  The war has come to his town in Leningrad.  There is a curfew in place, but he and his friends are out exploring the city.  They are seen by German soldiers and chased.  Only Lev doesn't escape.  He is captured and thrown into a camp, where he meets Kolya - a miliatry deserter.  The two of them are brought to the colonel and asked to find a dozen eggs for his daughter's upcoming wedding.  This is an impossible task during the war, but the boys agree.  They are promised officer ration cards and freedom if they succeed.  They are given 4 days to find the eggs, so they set off armed with one knife and a letter so they can pass through the countryside without being arrested.

Along the way, Lev and Kolya run into various groups of people.  Soldiers, girls, people who are hiding and starving.  They follow lead after lead toward eggs that don't exist.  All along the way, Lev learns who he is, and where his loyalties lie.  Kolya is witty and charming and seems fearless.  Lev learns his true story and comes to like him as he gets to know him.

In the end, it takes a chess game to help them succeed.  All they have lost and gained in the four day journey sticks with Lev for the rest of his life.  When the war finally ends, love and loss are what shape him as a person.

I thought this book was great.  It was a book that actually was recommended to me by several people.  The writing was wonderful and all the characters were likable.  I was sucked in from page one - when the grandson wants to hear the story of his grandparents days in the war.

The only thing I wish is that the book would have gone back to the present at the end.  I would have liked the conversation to pick back up between the grandson and his grandfather - to fill in a few more "after the war gaps".

Check this book out.  You will not be disappointed. 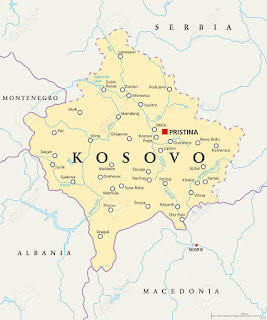 Posted by PletcherFamily at 1:36 PM