Books: Surviving Paradise
Author: Peter Rudiak-Gould
Pages: 256
Book takes place in the country: YES
Author is from the country: NO
I have visited: NO 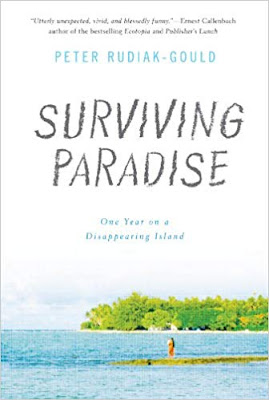 There is my 71st read for the year.

I have read a few books now of people who were with Peace Corps or other organizations that are sent into these remote areas.  And their stories are always fascinating.  Do any of you have a story like that?  Where you went in with a full heart and full of hope and came out changed, but also disillusioned?

This is the story of the author who moved to Ujae in the Marshall Isands in his early 20s.  He moved there with a World organization to teach English to the island children.  He spent a year there with the 450 inhabitants of the island, learned the Marshallese language, and taught school.

He went to a tropical island and was met with the harsh reality of the life of the people on Ujae.  He tells his whole story of what it was like to teach children who didn't want to learn (and lacked discipline at home that didn't involve physical abuse), live without modern conveniences (phone, car, store, even medical care) and no way to really communicate with the outside world.  He also talks about everything he learned about the people who lived there - that they were all one big family who shared everything - even with a stranger like him; who were steeped in traditions but also longed for Western convenineces as well.  He had a chance to stay on after a year, and chose not to.  But he has returned 3 times to the island for further study since.

I thought this was a great book.  First - it was very well written.  He tells a wonderful story about the people there, about his experiences, and what we should all learn about the state of our world and the remote parts that we very seldom see.  I am so glad I found this book, and I recommend you reading it.  It was really good. 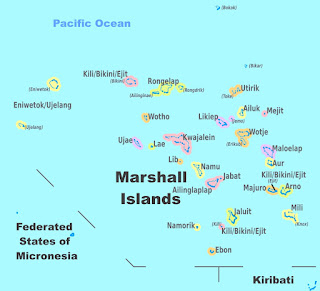