Top Ten Tuesday!  Brought to you by "The Artsy Reader".

Wow.  This list could be much deeper than Ten, so I will narrow it down the best I can

Now I know you are ALL going to eye roll because this first book series makes my Top Ten List a lot.  But what can you do?  It fits a lot of categories.  So tough.

So this is a book that became a TV show on HBO.  I will tell you that my husband is the one that got me hooked on this series, but it was through the TV show first - not the books.  When we first started watching it, I was immediately lost.  There are 1 zillion characters, a lot of killing and a lot of sex.  (you have been warned).  I actually got to the point where I stopped really watching it - doing other things while it was on.  Then I found out there were books.  I saw the first one and its near 1000 pages and.....decided I would try the show again first.

I started the show over.  Watched the first two seasons and then felt ready to tackle the first book.  And I was blown away.  The writing is superb.  The story flowed well for me BECAUSE I had watched the show.  I could picture a lot of what I was reading from what I saw.  However - the books far surpased the show, and they continued to do so.  And now.....George quit on me.  The show is wrapping up and it is flailing all over the place and as a big R.R. Martin fan, I am PISSED.  I want to know the REAL ending.  Hurry.up.George.

I know.  Girl - branch out.  But when something is true, its true.  With Harry Potter, I started the books first.  My husband and I decided to start the series by listening to the audiobooks on our cross country move from Baltimore, Maryland to San Diego, California.  A friend had recommended it to me as a good way to pass the time and she was right.  We loved listening to those books.  I THINK, if I remember correctly, there were only 3 books out at the time.  It was 2001.

After that, my husband and I kept up the tradition of reading these books together.  I know - how cute are we.  Every time one would come out, we would take turns reading out loud to each other.  (are you throwing up yet?)  We did this for all seven books.

Now, I know not everyone would agree with me, but I felt that the movies were about as good as the books.  Books are ALWAYS better, in my opinion, but this was a pretty close race.  I have now read the book series to all three of my children and seen the movies multiple times, and I never tire of either.

Personally, I would read the books first in this series and then watch the movies.

One of my favorite stand alone books of all time!  Andy Weir is a genius.  This book is smart, and funny, and clever, and I tell everyone I know they should read it.  Especially if you are a science fiction fan.  This one is amazing.  My husband is the one who got me to read this one.  I normally don't take a lot of his suggestions when it comes to books (not TV) because he reads some really weird, deep, science fiction stuff.  But this was a great one.

And then the movie came out and I was thrilled.  The movie is amazing!!  Mat Damon is the perfect actor to play Mark Watney.  It is a great film, which I suggest seeing AFTER you read the book.  I have watched the movie many times.  Never gets old.

This is my favorite Stephen King novel.  I did see the TV show before I read the book because the movie and book came out so long ago.  I watched the show before I was a really big reader, and the size of this novel would have made me immediately put it back on the shelf at the time.  It is a mini series and I watched it on TV.  And then every once in awhile I would catch bits of it on TV during re runs and would watch it again.  And then I got it on DVD so I could watch it whenever I wanted.

So - after watching the show many times, I decided to tackle the book.  And the book is fantastic.  The book filled in some of the gaps that the TV show could not possibly add, and that sealed it for me as my favorite.  I have read all of Stephen King's books, but I still come back to this one as my top recommendation every time.

There is no doubt that the author of the Kite Runner is a genius.  His writing is superb, and his stories magnificent.  I have recently just picked up his latest short story picture book Hosseini wrote "The Sea Prayer".  I have read all of his books, but Kite Runner is my favorite.

I was excited to find out there was a movie about this book.  I did read the book first, and I will say the book is better.   However, the movie is worth seeing to kind of put pictures to the story.  I do read a lot of books that come out as shows and movies because it is nice to see a story come alive.  Or not.  You know.....if the movie is bad.

I read the book first for the Help.  I was blown away about how good it was.  The story was fantastic, clever, and strong.  I actually read it twice.  And then gave it to my eldest daughter to read.  It is not one you should skip.

Imagine my excitement when they came out with the movie.  And it included some amazing actors.  I was thrilled.  And the movie was good.  REALLY good.  I would say I enjoyed the movie as much as I enjoyed the book.

I know there is two camps for this book.  Which, honestly, I find surprising, but everyone has their own taste.  Backman is an incredible writer.  I have read all of his books.  Has he had some misses?  Yes.  Beartown - eh.  But for the most part, I love his books.  A Man Called Ove remains my favorite, and it is one of my favorite books I have ever read.  I dream of having that kind of writing talent.

As I was reading the book and devouring its amazingness, I looked to see if it was a movie and it was!!  Truth - it was in Swedish, but it has subtitles.  The gentleman they had play Ove - he was perfect.  Exactly how I pictured the character.

The movie was excellent.  I really enjoyed it.  And from what I understand is that an updated version with Tom Hanks is possibly coming out?  That has been talk for about a year, and I am not sure it will amount to anything, but it would be great if it did!

Speaking of Tom Hanks in movies, The Green Mile was a favorite.  This is one where I watched the movie first.  I have watched it several times because it is an incredible film.  It is well told and thought provoking, and worth your time to watch it.

So, a few years after I saw the movie I knew I needed to read the book.  I was getting more into reading and Stephen King novels were something I read every summer (I figure why not - long books, long summer?)  so one summer it was this one.  And the book was amazing.  I liked it about the same amount as I liked the movie.  It was definitely worth the read, so check it out.

This is one where I watched the show first, but wished I would have started with the books.  There is a big twist near the start of the show that would have been amazing to find out about in a book!  I love twist.  Especially when I don't see them coming.   The book and the show pulled this twist off well.

With this series, I did like the books better than I liked the show, but not by much.  I watched just the first season of the show before I read all the books, so I knew what was coming (sort of) with the show.

I read this book years ago.  It has always stuck with me.  I read the book first and then I saw the movie.  I found that movie just as moving as the book.  It really brought the story full circle for me. 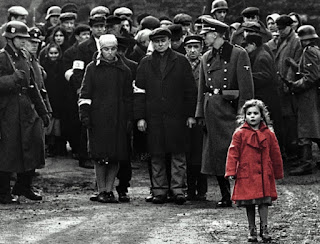 That is the list!  I have read so.many.books that were made into movies.  I went through my good reads list and I could go on and on.  Hunger Games should have made the list because I do love those books and movies, but I feel like I needed to branch out a little further.

So instead, below are more I could review and recommend to read and maybe then take in the movie and TV show.