Book: The Glass Palace Illusions of Freedom and Democracy in Qatar
Author: Nasser M. Beydoun
Pages: 248
Book takes place in the country: YES
Author is from the country: NO (but he lived there)
I have visited: NO 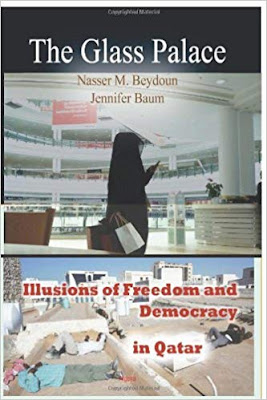 This is my 121st read for the year

This is the author's personal story of his time in Qatar.  He went to Qatar for a job and ended up being detained.  His company accused him of stealing and would not let him leave the country until he paid a large fine or admit to wrong doing.

He spent several years, and a lot of money fighting the charges until he was finally released.  This books talks about his trials and also a back story of Qatar's work-sponsorship program.

This was a very short book and it was okay.  It was a lot of talk about his troubles in Qatar and meeting with lawyers and all his effort to get out of the country.  I would have liked to have learned a little more about Qatar inter mingled with his trials would have made it a better read, in my opinion.  Overall, I learned a lot about Qatar that I didn't know before.  And I feel for this author - he had to spend several years away from his family because of what happened to him. 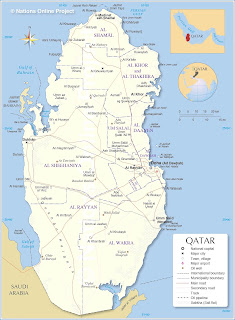