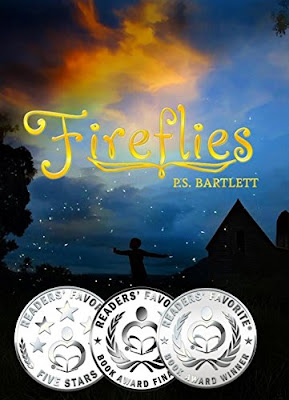 This is under the category:  Historical Fiction set before 1900

This is the story of a young boy named Ennis.  He lives with his parents and his 6 siblings in Pennsylvania.  Since his birth, Ennis has been followed by lost souls.  But nothing comes to light until he is 6 years old and helps a hurt bird by healing it.  His sister, Teagan, witnesses this but tell Ennis that he can never tell anyone what happened.  One day, Teagan is injured badly, and Ennis heals her.  At this time, his sister thinks they must tell their parents because she does not understand what is happening.

Their mother dismisses the claim that Ennis is healing people until she and their father witness it for themselves.  Soon Ennis reveals he has a gift of sight and soon starts questioning his parents about their past voyage to America from Ireland.  And he can see that a neighbor is physically hurting his children.  His gifts start to bring many past secrets to light, and soon Ennis realizes the connection between his father's past and the reason for his gifts.

This is a pretty decent story.  It moves pretty fast.  The writing isn't great - seems to be written for middle grade readers.  She does a good job developing the characters.  At the end of the book, it left me wanting to know what happened to them, so I took that as a good sign.  The author wasn't consistent with her writing - the characters were immigrants from Ireland.  Sometimes she would write as they had an Irish accent, and sometimes she wouldn't.  It was like she forgot whom was speaking.  But, if you can overlook that, it is a sweet story.