Rolling right along.  Thanks to my hometown library in MA, the Boston Public Library, and Kindle Unlimited, I can survive being in a German speaking country.  The public libraries here are large and wonderful.....just not for the English speaking crowd. 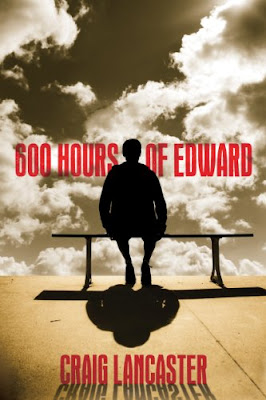 This is the story of a man named Edward.  He has high functioning autism and obsessive compulsive disorder.  He is able to live on his own, but his parents support him financially.  It is hard for him to keep a job due to his high need for order and repetition.  He loves to collect data on the weather, eat the same things week after week, and watch Dragnet at 10pm every night.  This keeps his world calm and orderly.

Then a small boy and his mother move next door and change everything.  The little boy comes over one day to help him paint the garage, and Edward is immediately taken with him.  The little boys mother is kind, but wary of strange men - she has just gotten out of an abusive relationship.  Edward doesn't know what to make of people who want to be his friend - he has never had that before.

When a tragedy occurs, Edward has to break out of his routine and realizes that it is okay.  Sometimes change can be hard, but necessary.

This was a really good book.  Edward was a very likable character.   He is sweet and caring in spite of his rigid routine.  His strained relationship with his father is the one thing in his life he cannot seem to control.  His therapist has encouraged him to write "letters of complaint" and file them away instead of mailing them in order to deal with things he cannot control.  This helps, but he still wishes he and his father were closer.

It is a fast and easy read, and I promise you will enjoy getting to know Edward as much as I did.  Check out this book.