The next book in my challenge:

The name of the book was "The Master and Margarita" by Mikhail Bulgakov.  It was under my reading challenge category: Book that was originally written in a different language. 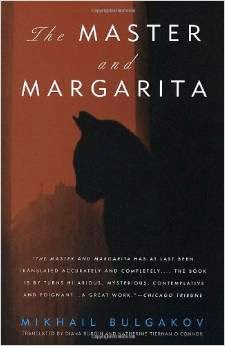 **The picture above is the translation that is recommended.  Apparently this book has been translated several times  - sometimes very badly**
Posted by PletcherFamily at 1:56 AM